On the afternoon of October 7, 2020, School of Management held a freshman meeting of HRM Joint Programme of Group 2020 and the awarding ceremony of design competition the WeChat official platform in the classroom of HRM joint project at HBU new campus A2-106, China-Ireland Space. Prof. Duan Hongbo, Dean of HBU School of Management, Prof. Jimmy Hill, Vice President of National College of Ireland, and Collett Darcy, Dean of NCI School of Business, delivered speeches at the meeting respectively, welcoming all the new students of the Class of 2020 and expressed their wish that students could make full use of the development stage provided by the program, cherish time and live up to youth. At the meeting, Li Yexuan from Group 2019 and Li Muyun from Group 2020 respectively delivered speeches as representatives of previous and new students, expressing their gratitude for the learning opportunities provided by the program. They said they would cherish their youth, work hard and live up to the expectations of the school, teachers and parents with their outstanding achievements. 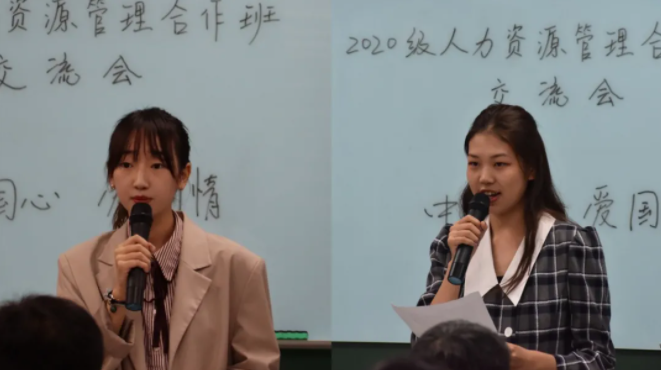 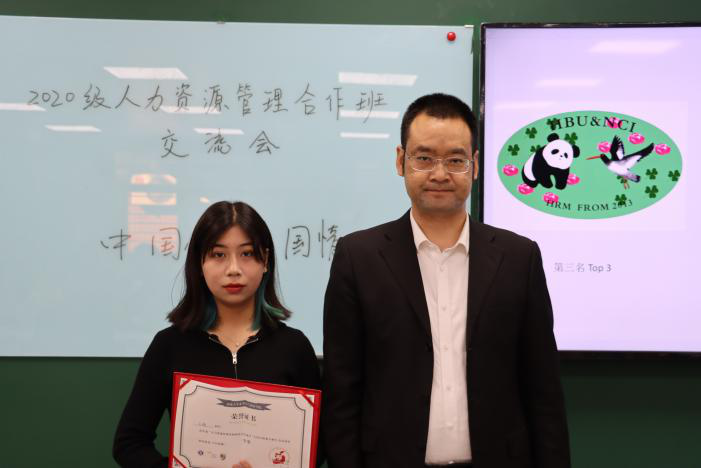